What is UX Design?

What is User Experience Design?

“UX” stands for “user experience.” A user’s experience of the app is determined by how they interact with it. Is the experience smooth and intuitive or clunky and confusing? Does navigating the app feel logical or does it feel arbitrary? Does interacting with the app give people the sense that they’re efficiently accomplishing the tasks they set out to achieve or does it feel like a struggle? User experience is determined by how easy or difficult it is to interact with the user interface elements that the UI designers have created.

They determine the structure of the interface and the functionality. How it’s organized and how all the parts relate to one another. In short, they design how the interface works. If it works well and feels seamless, the user will have a good experience. But if navigation is complicated or unintuitive, then a lousy user experience is likely. UX designers work to avoid the second scenario.

Designing in a vacuum leads to less than ideal results.

There’s also a certain amount of iterative analysis involved in UX design. UX designers will create wireframe rendering of their interface interactions and get user feedback. They’ll integrate this into their designs. It’s important for UX designers to have a holistic understanding of how users prefer to interact with their applications. 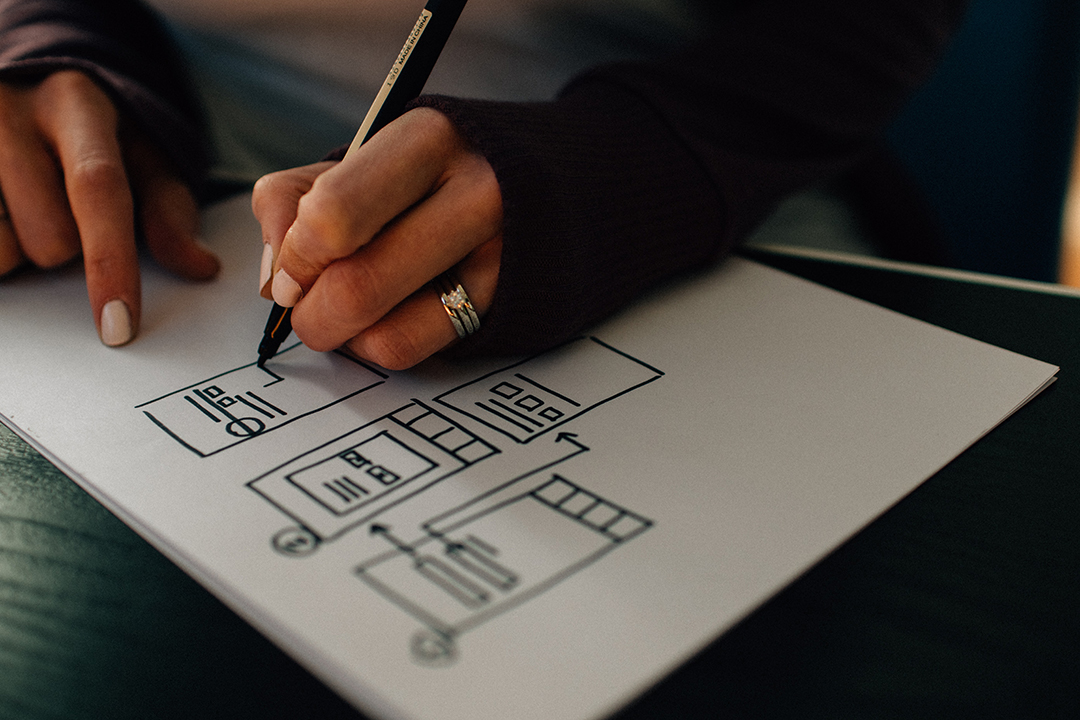 How They Work Together

So a UX designer decides how the user interface works while the UI designer decides how the user interface looks. This is a very collaborative process, and the two design teams tend to work closely together. As the UX team is working out the flow of the app, how all of the buttons navigate you through your tasks, and how the interface efficiently serves up the information user’s need, the UI team is working on how all of these interface elements will appear on the screen.

Let’s say at some point in the design process it’s decided that extra buttons need to be added to a given screen. This will change how the buttons will need to be organized and could require changing their shape or size. The UX team would determine the best way to lay out the buttons while the UI teams adapt their designs to fit the new layout. Constant communication and collaboration between UI and UX designers help to assure that the final user interface looks as good as it can, while also operating efficiently and intuitively.

Do you believe that your brand needs help from a creative team? Contact us to start working for your project!

Are you looking for

Vizysoft The best prices
Belonia-Barpathari Road, Near Old Drop Gate, Sukanta Nagar, S.B.C. Nagar, Belonia, Tripura (S) - 799155 | India | +919612254244 | [email protected]
We use cookies to give you the best online experience. By continuing to browse the site you are agreeing to our use of cookies. Read more